Black Friday Code BF22 ,Starts Friday Midnight 5% off till Sunday Everything after that will will have 1 to 2 specials every day. 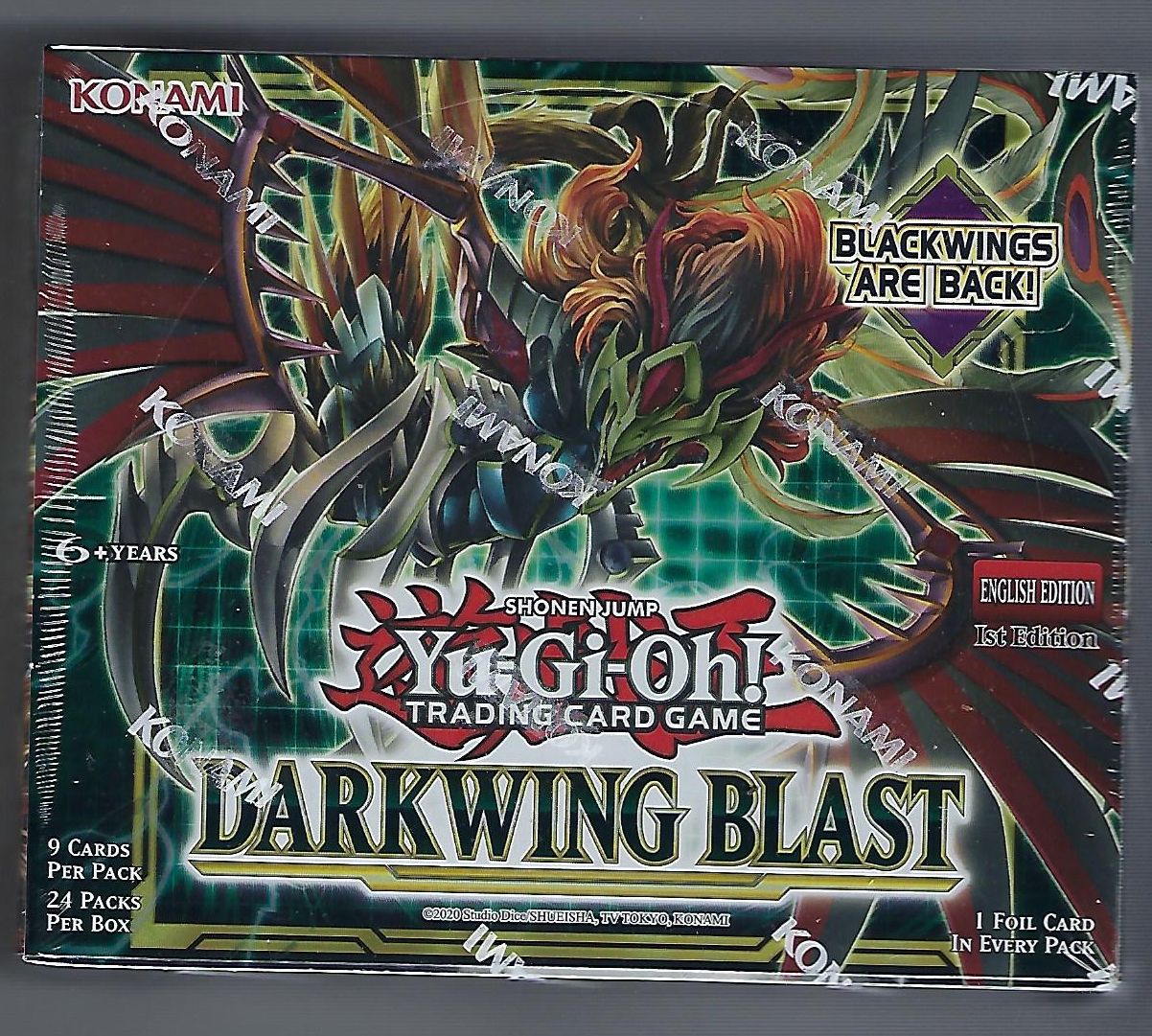 Ascend into the night sky with Darkwing Blast! This 100-card set lets you take to the skies with new cards for Crow's renowned "Blackwing" strategy from Yu-Gi-Oh! 5D's. Brand-new themes emerge, as well as new cards you can include in the Deck you already have! Darkwing Blast is packed with cards ready to elevate your game to the next level! Here is just some of what you can expect:

- Feathers fly with brand-new "Blackwing" cards! Try out new Tuners that make it a breeze to perform a flurry of Synchro Summons and unlock new possibilities with a new "Blackwing" Synchro Monster! Make sure to grab your "Blackwing" cards from Legendary Duelists: Season 2 and Legendary Duelists: White Dragon Abyss to get your "Blackwing" Deck ready for action.- A new version of Crow Hogan's Black-Winged Dragon capable of inflicting major damage to your opponent and destroying every card on the field during your opponent's turn!- Exciting new strategies!- New cards for themes from the past!- The continuation of the World Premiere theme that debuted in Power of the Elements!- And more!