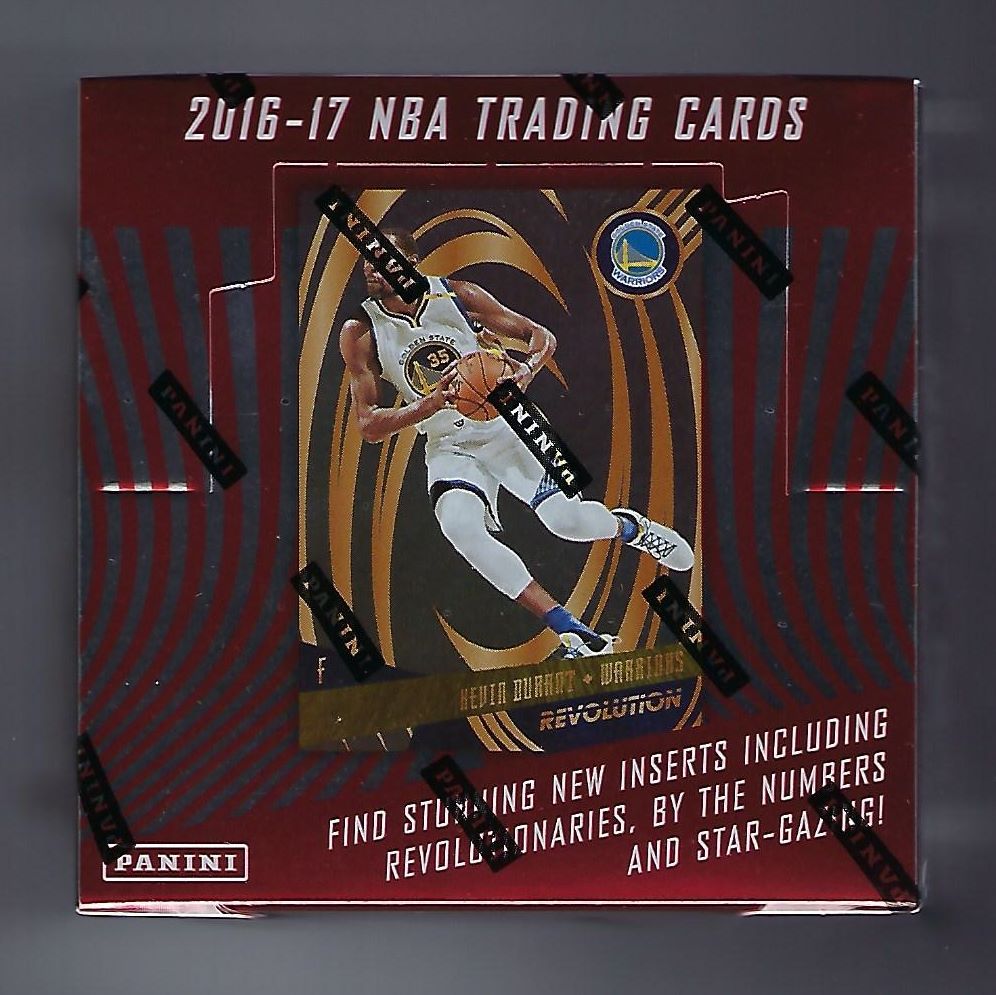 PRODUCT HIGHLIGHTS
- Revolution features the most vibrant trading cards in the hobby!
- On average, find four inserts per box! Look for the debut of Revolutionaries, By the Numbers and Star-Gazing, and the return of the ultra-rare Showstoppers!
- Last year, collectors were on an interstellar quest to score Revolution's hard-to-find Galactic parallels. This year, there are seven parallels to chase!
- Find the biggest stars in Autographs and the brightest youngsters in Rookie Autographs! For the first time, autographed cards in Revolution feature new sequentially numbered parallels, such as the 1-of-1 Kaleido!

BOX BREAK
- 4 Rookies
- 4 Inserts
- 8 Parallels. One Parallel Will Be Sequentially Numbered To 100 Or Less.

BASE SET & ROOKIES
Revolution is loaded with the flashiest cards on the market! Find an average of eight parallels per box and be on the hunt for the ultra-rare Galactic version!

BY THE NUMBERS, STAR-GAZING & SHOWSTOPPERS
The stars of the NBA are on display in five unique inserts! Look for the hard-to-find Showstoppers insert, which features 12 of the biggest names in basketball!

AUTOGRAPHS
New this year in Revolution - find low-numbered parallels of the Autographs and Rookie Autographs inserts! Look for versions numbered as low as 1-of-1!